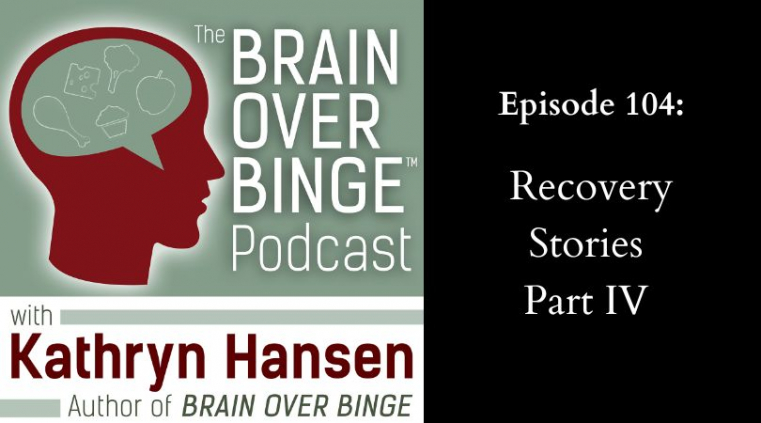 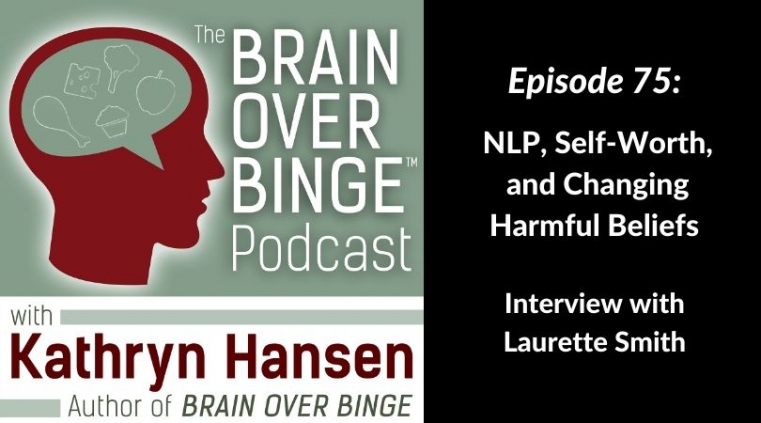 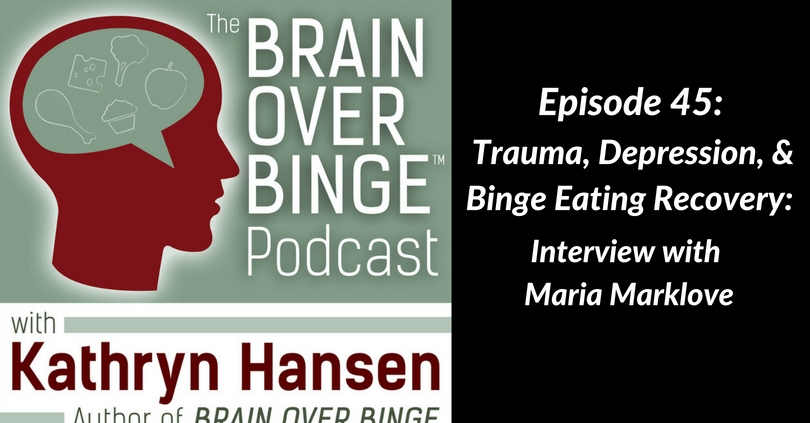 I was thinking some today about emotional pain, and it’s connection with binge eating and other addictions. The common belief is that addicted people use their substance of choice to numb themselves to pain. In the past, this belief was reserved primarily for users of alcohol and drugs; but now binge eating, overeating, shopping, gambling, pornography, and even texting and facebooking are often considered addictions that are used to numb out pain.

In therapy, I indeed learned that I binged to avoid pain; and for a long time, I believed that was true. It’s certainly true that a side effect of binge eating and other addictions is temporary distraction from pain and numbing of emotions. However, that’s usually not the primary motivation, and most addicted people know – at least at some level – that the temporary avoidance of pain isn’t worth it and only makes things worse in the long run.

Moreover, the addicted person doesn’t always consider the numbing of pain to be a positive side effect.When I go back through my old journals, I find evidence that I didn’t want the temporary distraction that binge eating brought. I found a journal entry from 2001 where I jotted down: “I want to feel everything. Not full. Not fat.”I wanted all the emotions in my life; I didn’t want to “push them down with food,” as my therapists suggested I was doing.At any point during my binge eating, if someone would have offered me the choice between 1.) being free of binge eating and feeling every bit of the pain in my life OR 2.) continuing binge eating and avoiding some feelings temporarily; I would have chosen option 1 without any hesitation. Yet, I reported time and time again to myself in my journals, or to my therapists that my episodes of binge eating were because of this or that painful event or feeling. It never felt quite right to me, and I eventually realized that it wasn’t. I kept binge eating because I had developed a habit and I felt powerless against my urges; and believing that eating was a way to cope with pain only compounded the problem.

I began thinking about this issue tonight while my husband and I were watching the Monday Night Football pregame show. There was a story about a former quarterback whose son committed suicide; and after that horrific tragedy, the quarterback buried himself in alcohol. I can’t even imagine being in this man’s situation, and the incredible pain he must have endured, and still endures day after day.

Did the alcohol make this man’s pain go away? Likely not. But, did the temporary distraction seem worth it to him at the time? Probably. So, in effect, he was choosing to drink to temporarily avoid his pain. I would never judge this man, or anyone under such emotional duress for their choices; and I do not deny that there can be a similar dynamic at work in some cases of binge eating. Trying to get someone undergoing such extreme emotional trauma to avoid acting on their urges to binge would likely be a losing battle. They would not want to stop because the temporary distraction is what they feel they need.

This is one of the reasons why I say in my book that I unquestionably agree with therapy on one thing – that the first step in recovery is wanting to recover. However, this statement is a little redundant because most people who don’t want to recover aren’t actively seeking therapy or recovery.It’s usually only after the person realizes that the temporary numbness isn’t worth it that he/she seeks help for the addiction. Might the emotional pain then need to be dealt with in therapy? Absolutely. Nevertheless, once a substance addiction forms (for whatever reason), the urges will continue to arise; and I believe, need to be dealt with as a separate issue. Dealing with emotional pain doesn’t necessarily make the urges for the substance go away.

Even though addictions and eating disorders might sometimes develop as ways of dealing with severe pain, we can NOT treat all eating disorders and addictions that way. I believe assuming that everyone who binges does so to cope with pain – no matter how minor or severe – does a disservice to many.